Louise Harvell participated in the 2nd training class of CanCare volunteers in November, 2018. She is no stranger to cancer, having survived both breast and colon cancer. In talking with her, it becomes apparent that she is a strong woman whose strength came from a loving family, and an unwavering faith.

Louise, the oldest of 7 children, was born in Massachusetts, but moved around because of her father’s job. The family ended up in North Carolina where she went to college. It was there that she met her husband and, after two months of knowing each other, they eloped. They were married 53 years before her husband died unexpectedly from a blood clot three and a half years ago. Louise has six children ranging in age from 30 to 55. Two of the children live close by (Charleston and Summerville), but the others are farther away in North Carolina, Massachusetts, Colorado and Maine. She has eight grandchildren but two more (twins) due to arrive in the next several weeks. The unexpected passing of her husband has prompted her to take advantage of every minute and to make as many memories as possible with her children and grandchildren. She spends much of her time traveling to be with family. She is proud of her oldest grandson (25) who went to the Citadel and is a Marine who was recently deployed to the Middle East. She describes herself and her family as patriotic and loving “God and Country.” She has lived in Mt. Pleasant for 33 years and is currently attending Seacoast Church. 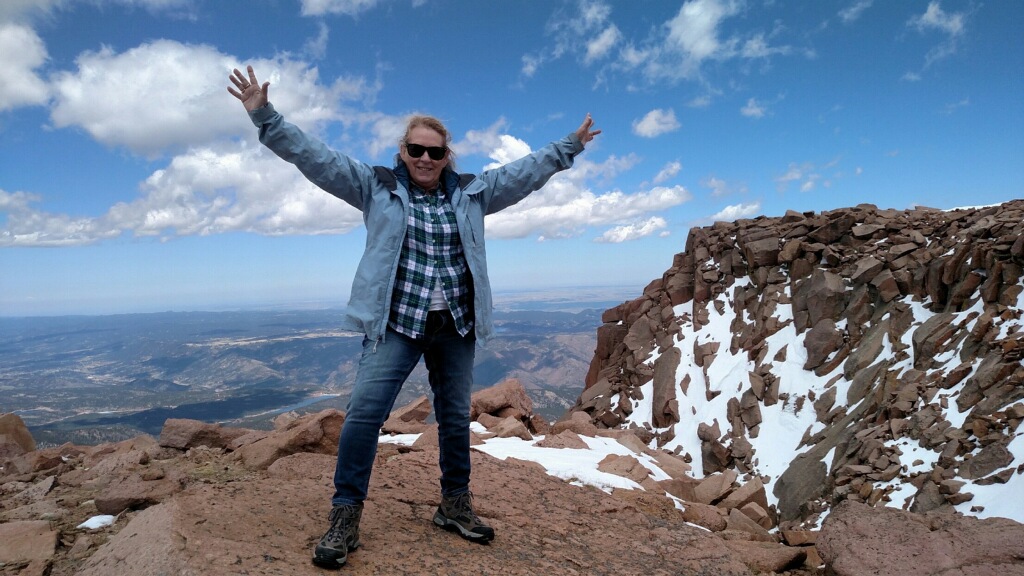 In 1999, Louise was diagnosed with Paget’s disease of the breast – a rare form of breast cancer. She underwent a mastectomy and reconstruction. Thirteen years later in 2012, she was admitted to the hospital with a liver abscess and, while being treated for that, was diagnosed with Stage 3 Colorectal cancer. She underwent chemotherapy, radiation and several surgeries. In addition to dealing with her own cancer, Louise’s husband was also a cancer survivor, having had melanoma and colon cancer. So, Louise is no stranger to cancer.

Louise’s Resources for Dealing with Cancer:

Louise credits her faith, family and friends with helping her through both cancers. Having young children when she received the breast cancer diagnosis meant that she had to be positive for their sake so they would not be afraid. This helped her remain positive as well. Louise said she was never scared or worried – in fact, she felt a peace about all of it. She went to church about three weeks after her mastectomy and told friends that, while no one should wish for cancer, she had learned so much from it and had seen how faithful the Lord had been to her throughout it. When the colon cancer came along later, she was not worried because of having successfully dealt with the earlier cancer.

The Inaugural LowVELO event will take place in Charleston on November 1-2. The purpose is to raise funds for cancer research. The ride features three routes (25, 50 or 100-miles) with riders committing to raise a minimum amount specific to the route they select. LowVELO’s objective is to become the leading grassroots organization funding cancer research in the state of South Carolina. Riders solicit donations and develop fund-raising activities to reach their goals with 100% of rider-raised dollars funding research at Hollings Cancer Center at MUSC.

The goal is to engage 1,000 riders and raise $1.5 million in the first year. The ride is meant to be inclusive and accessible for everyone. It is not a race. There are even provisions to help would-be riders who do not have a bike.

For more information or to register as a rider, go to lowvelo.org